Can Hamster Die from Stress

Hamsters are one of the most popular small pets, but they’re also one of the most fragile. Their lifespan is only about two to three years, and they’re prone to a number of health problems. One of the biggest threats to a hamster’s health is stress.

Stress can cause a host of problems for hamsters, from digestive issues to skin problems. It can even lead to death. If you have a hamster, it’s important to do everything you can to reduce their stress levels.

Here are some tips for keeping your hamster happy and healthy.

Your hamster is a delicate creature, and their health can be easily impacted by stress. Unfortunately, this means that your furry friend can die from stress if they experience too much of it. There are a number of things that can cause stress in hamsters, including loud noises, sudden changes in their environment, and even being handled too much.

If your hamster is showing signs of stress (such as increased aggression or decreased activity levels), it’s important to take steps to reduce their stress as much as possible. This will help keep your hamster healthy and happy, and may even save their life.

What Happens When a Hamster is Stressed?

Read moreHow To Take Care Of A Hamster?

When a hamster is stressed, it may exhibit certain behaviors, such as pacing, chewing on cage bars, or hair-pulling. These behaviors are often the result of boredom or frustration, and may be alleviated by providing the hamster with more enrichment, such as toys and chewable objects. If the stress is severe, the hamster may become ill or even die.

What Would Cause a Hamster to Die Suddenly?

There are many potential causes of sudden death in hamsters. Some of the more common include heart failure, respiratory problems, and gastrointestinal issues. Often, the exact cause is never determined.

This may be due to an infection, obstruction, or simply lack of oxygen. Gastrointestinal issues are another potential cause of sudden death in hamsters. These can include bloat (a buildup of gas), intestinal blockages, or poisoning.

In many cases, the exact cause of sudden death in hamsters remains unknown. If your hamster dies suddenly, it is best to consult with a veterinarian to determine if there was an underlying medical condition that may have contributed to their death.

Can Hamsters Die from Shock?

Read moreHow Long Does It Take To Tame A Hamster?

While it’s certainly possible for hamsters to die from shock, it’s not necessarily common. Shock occurs when the body is unable to maintain adequate blood flow, and this can happen for a variety of reasons. In some cases, hamsters may go into shock if they’re exposed to extreme temperatures or if they suffer from an injury that causes severe blood loss.

If a hamster goes into shock, it’s important to seek veterinary care immediately, as there is a risk of death if the condition is left untreated.

How Can You Tell If a Hamster is Dying?

If you think your hamster may be dying, there are some signs to look for that can help you determine if this is the case. First, check to see if your hamster is still breathing. If your hamster has stopped breathing, it is likely already dead.

If your hamster is still breathing, check its heartbeat by placing your hand on its chest. If you cannot feel a heartbeat, then your hamster is likely in cardiac arrest and will die soon unless you provide emergency medical care. Other signs that a hamster is dying include:

If you notice any of these signs, it is important to take your hamster to a veterinarian as soon as possible for emergency care. Unfortunately, once a hamster reaches this stage, there is often little that can be done to save its life. However, if caught early enough, some conditions (such as seizures) can be treated and thehamster may have a chance at survival.

Why Do Hamsters Die So Suddenly

If you’re a hamster owner, you may have noticed that your furry little friend seems to die suddenly and without warning. While it’s always tragic to lose a pet, it can be especially upsetting when it happens seemingly out of the blue. So why do hamsters die so suddenly?

There are actually a few reasons why this might happen. One possibility is that your hamster could have been sick for awhile without showing any obvious symptoms. Hamsters are very good at hiding illness, so by the time they start to show signs, it’s often too late.

If your hamster dies suddenly, it’s possible that he or she was suffering from an underlying health condition that went undetected until it was too late. Another possibility is that your hamster may have been injured in some way and didn’t show any outward signs of trauma. Hamsters are very active creatures and they love to play and explore their environments.

This means that they’re susceptible to injury, even if they don’t seem hurt on the outside. If your hamster dies suddenly, it’s possible that he or she suffered an internal injury that wasn’t immediately apparent. Finally, old age can also be a factor in sudden death in hamsters.

Like all animals, hamsters have a lifespan and eventually their bodies will give out on them. If your hamster dies suddenly at an advanced age, it’s likely due to natural causes rather than anything you could have prevented. While sudden death in hamsters is always tragic, there are usually explanations for what happened.

It’s always heartbreaking when a beloved pet dies, and even more so when it happens unexpectedly. If your hamster died in its sleep, you may be wondering what could have caused this. While there are many possible explanations, some of the most common include old age, illness, and injury.

If your hamster was older, it may have simply died of old age. This is unfortunately one of the risks associated with owning a small animal like a hamster – they generally don’t live as long as larger animals like dogs or cats. If your hamster was healthy up until its death, however, then it’s likely that age wasn’t a factor.

Illness is another possible explanation for why your hamster died in its sleep. If your pet had been sick recently or wasn’t acting quite right in the days leading up to its death, there’s a chance that an underlying medical condition was to blame. It’s important to take your hamster to the vet regularly to ensure that any potential health problems are caught early on and treated appropriately.

Injury is also a possibility if your hamster died suddenly in its sleep. Hamsters are very active creatures and love to explore their surroundings – which can sometimes lead to them getting hurt. If you think that your hamster may have injured itself before it died, take it to the vet for an examination as soon as possible.

No matter what the cause of death ends up being, losing a pet is always difficult.

Heart failure can occur when the heart muscle weakens and is unable to pump blood effectively throughout the body. This can be caused by a number of things, including genetics, infection, or even something as simple as old age. Another potential cause of sudden death in Syrian hamsters is respiratory distress.

This occurs when the hamster’s lungs are unable to get enough oxygen into their system. This can be due to a number of things, including pneumonia or another respiratory illness. It’s important to take your hamster to the vet if you think they may be having trouble breathing so that they can get the treatment they need.

No matter what the exact cause of sudden death is in Syrian hamsters, it’s always a tragedy when it happens. If you have a Syrian hamster, make sure to keep an eye on them and take them to the vet if you notice any changes in their health.

Why Did My Hamster Die in a Week

If you’re wondering why your hamster died in a week, there are a few possible explanations. First, it’s important to rule out any potential causes of death that are within your control, such as poisoning or exposure to extreme temperatures. If you’re sure that your hamster didn’t die from something you did (or didn’t do), then the most likely explanation is that he or she had an underlying health condition that was either undiagnosed or unable to be treated effectively.

One common cause of death in hamsters is wet tail, a bacterial infection of the gastrointestinal tract that can lead to dehydration and death if left untreated. Wet tail is especially common in young hamsters who are still growing and adjusting to their new environment. Another possibility is respiratory infection, which can be caused by bacteria, viruses, or even stress.

Respiratory infections are often fatal in hamsters because they don’t have the ability to cough up mucus and clear their lungs like humans do. If your hamster died suddenly and you can’t find an obvious explanation, it’s best to take him or her to a vet for a post-mortem examination. This will help give you peace of mind and may also provide some clues as to what went wrong.

Your beloved hamster may be small, but he or she is a complex creature with specific needs. One of those needs is a low-stress environment. Unfortunately, there are many ways that pet parents unknowingly stress out their furry friends.

Here’s what you need to know about hamster stress and how to prevent it. What Is Stress? Stress is the body’s natural response to any change that throws off its equilibrium—whether that’s a loud noise, an unfamiliar person or animal, or something as simple as being moved to a new home.

When your hamster experiences stress, his body releases hormones like cortisol that help him deal with the perceived threat. In small doses, this response can be helpful. But when stress is constant or severe, it takes a toll on your hamster’s health, both physical and mental.

Signs of Stress in Hamsters 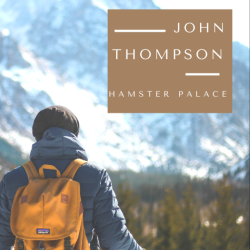